Closed-circuit television (CCTV) was invented in 1942 by German engineer, Walter Bruch, so that he and others could observe the launch of V2 rockets on a private system. While its purpose has not drastically changed in the past 75 years (as it is still used for surveillance today), the system itself has undergone radical changes.

Since its development, users’ expectations for CCTV have evolved exponentially, necessitating the development of faster, better, and more cost-effective technology. Whereas in 1942, CCTV was invented strictly for live monitoring, today’s systems come equipped with recording capabilities, better image quality, and built-in technology that Bruch could only dream about.

The technological advancements seen within this industry are phenomenal, with the systems truly evolving with consumer needs. Below is a brief overview of the history of video surveillance systems:

When CCTV technology was first invented by the Germans in 1942, it was used to monitor their rockets. At the time, there was no real need for a video recording system; hence, the strictly live monitoring aspect. However, in 1949, the technology was sold to an American contractor named Vericon, who began promoting the system to the public. By 1965, there were talks of police using surveillance systems in public places. By 1969, the first police cameras were installed in the New York City Municipal Building near City Hall. It wasn’t long before other departments across the world started utilizing closed circuit television to watch for and deter crime.

While the ability to monitor crime proved to be extremely helpful for preventing it, users became more interested in a security system that could preserve the data captured, and so Vericon released a new and improved system that used a reel-to-reel recording system. Unfortunately, the system proved costly to upkeep, as not only did an operator have to manually change the tapes, but also, they had to thread the tape from the reel through the recorder and onto an empty take-up reel. Though unpopular, they did lead to the invention of the VCR-based system, and then later, the DVR-based system.

The Era of the VCR: The General Public Finds Purpose in Video Surveillance 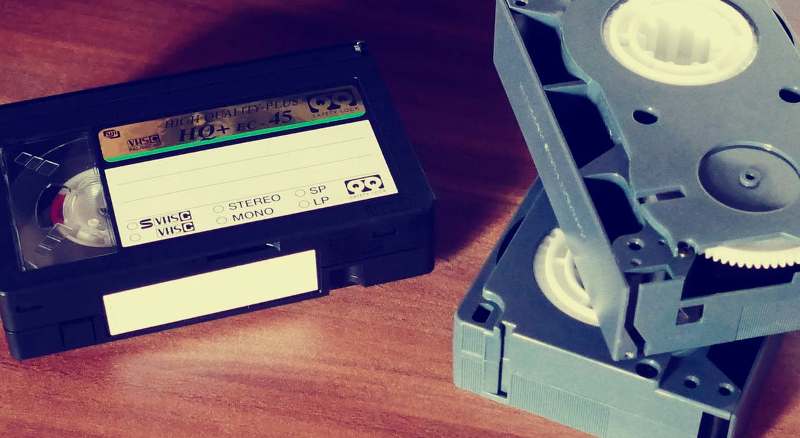 Though VCRs as we know them today are “old-school” technology, they were a vast improvement over the reel-to-reel recording system, and they changed the way CCTV was used entirely – and who it was used by. By the 1980’s, cameras and monitors were being used by both the general public and law enforcement to watch both live and recorded video.

With the ability to record and preserve video data, video surveillance really took off. Suddenly, camera systems were spotted everywhere – from banks to courtrooms, and retail stores to public buildings. England even had them installed in their Underground Train Stations in order to monitor traffic flow. Everyone was beginning to recognize the value of closed circuit video, and they all wanted a piece of it.

Video surveillance technology helped businesses that were prone to theft, such as banks, mini-marts and gas stations, to prevent crime. While cameras didn’t necessarily do much in the way of stopping crime as it occurred, they did deter crime as criminals soon learned that they could be recognized later on tape. Even the insurance industry found a use for surveillance technology. Now, when claims were filed, they could review video footage for evidence of fraud.

People were even beginning to find uses for video surveillance in their own homes. In the 1970’s and 1980’s, camera systems became popular ways of catching cheating spouses. Whereas once upon a time private detectives used grainy still shots as evidence of infidelity, video was much more compelling, and it was even used in divorce court to prove fault. In the 1990’s, women were beginning to make strides in the workforce, compelling many stay-at-home moms to pursue a career. To help working mothers keep an eye on their children when they left the home, the industry introduced the nanny-cam. The nanny-cam proved to be a huge success, as it allowed parents to observe what nannies and housekeepers were really doing on their dime.

Though video surveillance’s popularity was due in large part to the VCR, the technology was still somewhat primitive. The footage was caught on a cassette tape, but because it could not be compressed, users could only record a maximum of eight hours of footage before having to manually swap the tape out. This meant that someone had to be present every so often to change the tape. It also meant that users had to have a stash of empty cassettes on hand or be forced to record over older recordings.

The Evolution of CCTV Technology 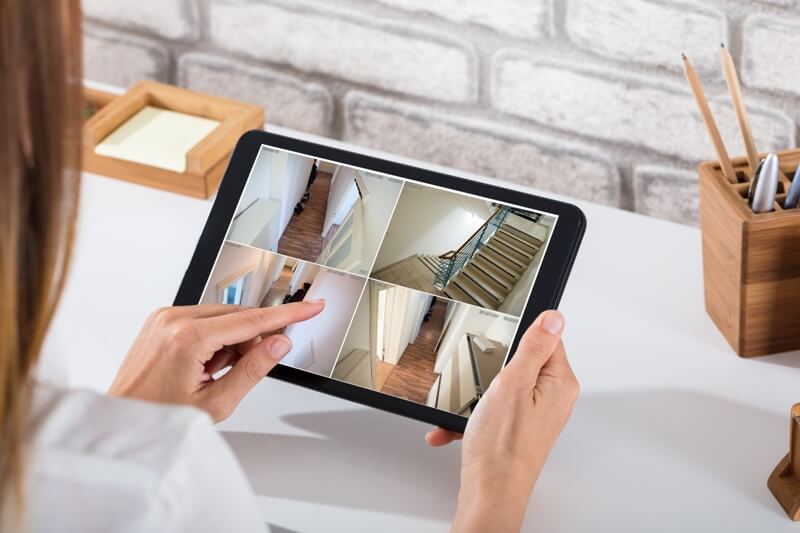 After the VCR, the technology began to evolve at a rapid pace. Each new improvement spurred another one, and yet another, making CCTV technology today virtually unrecognizable from what Bruch invented 75 years ago.

Eventually, the ability to review recordings was not enough as users began to demand more storage capacity. That’s when time-lapse mode was introduced. Time-lapse mode is a technique that makes time appear to move (or lapse) much more quickly in a recording than what it does in real life. Time-lapse can be comparable to fast-forward on a VCR. The purpose of time-lapse mode was to make a cassette tape last longer.

With the introduction of time-lapse came “quads” and “multiplexers.” Quads enabled users to view four different images from four different cameras on a single screen, revolutionizing video surveillance as they enabled security teams to monitor footage from multiple cameras at once while still maintaining just a single system.

The multiplexer worked in much the same way as the quad, but instead of being able to monitor footage from just four cameras, the multiplexer allowed users to hook up as many as 16 cameras to a single system. This setup made it possible to reroute selected cameras to designated monitors, allowing for a more detailed viewing of what was going on.

In the early 2000’s, the VCR was replaced by the DVR. This was the first of many steps towards a fully digital surveillance system. The DVR was a much more practical and economical recording system than the VCR, and as such, was a much welcome addition to the CCTV industry. Whereas cassettes could only store up to eight hours of recorded video at a time, the DVR could compress and store days’ worth of video. Additionally, DVRs came with a multiplexer built in, eliminating the need for additional bulky equipment to house.

The introduction of the DVR system came with it the ability to record on a consistent basis, and without the need to constantly change out tapes. However, it took quite some time for DVRs to evolve into the optimal video storage device that it is today. Back when it was first introduced, DVR users were forced into choosing between storage space and video quality. For instance, if a user wanted a longer video, he or she had to use a compression algorithm – provided to them by the manufacturer – to compress their video until it was of such low quality that, upon viewing, they were essentially looking at incomprehensible blobs. Those compression algorithms came at a high cost too. Because each manufacturer had their own algorithm, they were able to charge an arm and a leg for it, as no other algorithm would work on their particular device.

Additionally, thanks to its digital format, the DVR came equipped with a time search feature, allowing users to quickly look for a specific point in any recording without having to press rewind and fast forward until they landed on the exact moment they were looking for.

However, though the DVR was certainly an improvement over the VCR, it did come with its fair share of drawbacks. As a revolutionary technology, the DVR was expected to do a lot, including digitize videos, compress videos, record, and network (which will be explained in the next section). Furthermore, because it was an all-in-one solution that came with preinstalled software, end users ran into the same problems as they had with manufacturers’ compression algorithms: they were forced to source parts from a single manufacturer, thereby making the system difficult to maintain or upgrade in a cost effective manner.

Eventually, DVRs came equipped with digital viewing capabilities. With the help of the not-yet-forgotten phone modem, the DVR was the first step towards being able to transport video over longer distances. While at first a user had to plug the DVR into the phone modem, manufactures got smart and began to build the modem directly into the console itself. Unfortunately though, phone modems were not yet making the large strides that the CCTV industry was. Due to low bandwidth, remote viewing was difficult if not impossible. The only ways to transfer a video through a phone modem was to keep the frame rates and resolution extremely low, or to highly compress the video, methods that resulted in a video of such poor quality that again, end users only saw incomprehensible shapes.

Then along came the Ethernet. Thanks to the Ethernet port, DVRs no longer required a phone modem to connect the system to an IP, making it much easier to transport video over long distances.

The video encoder was the industry’s first step toward an all-network-based video system. The video encoder enabled users to take the recordings from an analog camera and digitize and compress them so that they could be sent over an IP network. In short, an encoder enabled users to easily transfer video to a PC server for monitoring and recording, making it the first ever truly network system. Additionally, thanks to the encoder, the DVR got a much-needed break. Now, instead of the DVR doing all the work of recording, digitizing, compressing, and viewing, the encoder did the digitizing and compressing while the PC server was charged with recording. This advancement brought more scalability to CCTV users.

A network camera-based network video system is one whose cameras have an IP network connection and on which there are no analog components whatsoever. Being 100 percent digital, this system is a true network video system. In this system, the video is transported over an IP network and is recorded to a PC. The images are then stored on a remote web server, available for you to view whenever and from wherever you want.

There are many benefits to a truly digital system. One of the most touted benefits is the ability for users to keep an eye on their property, families, or businesses from virtually anywhere in the world. Furthermore, the quality is higher than it has ever been, despite the high compression rate (which also results in the ability to store an abundance of footage in a single location). As if that’s not good enough, features like motion-activation and email alerting upon detecting activity is available to end-users. On a fully-digital system, there really are no boundaries for video surveillance.

The Future of Video Surveillance 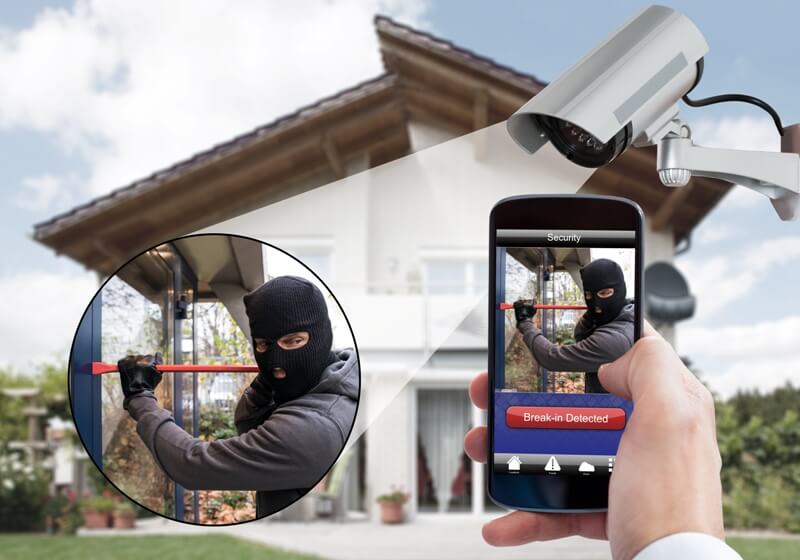 CCTV technology has come a long way since its creation in 1942, and video surveillance has come leaps and bounds since it was first utilized by the New York Police Department in 1969. We anticipate only more change as new trends emerge and new demands are made.

As of right now, it looks as if video surveillance is going mobile. With cellphones in nearly everyone’s hands these days, it would make sense that law enforcement and investigators demand the ability to integrate CCTV technology with smartphone technology for 24/7 surveillance capabilities. That way, they could record while tailing a suspect, send images instantly over the network to a face-matching program, and instantly inform all jurisdictions of when an Amber Alert is issued by sending video clips that can be used for easy identification.

Video surveillance has come so far, but as new technologies emerge, it is only to go farther, and we are excited to see what is in store!