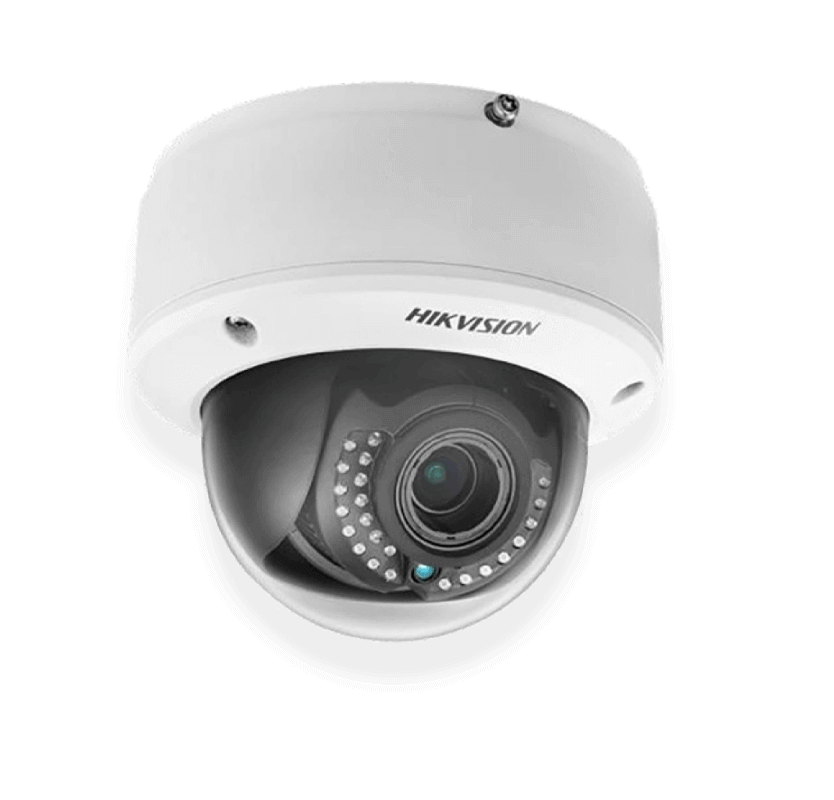 All About Turret Cameras

What is a turret security camera?

Turret security cameras are named after the revolving armored turrets at the tops of military tanks and warships. Many turret cameras are also known as "eyeball" cameras because they can swivel like eyeballs within their sockets.

Thanks to the socket-like mounts, ball-like cameras, and optical zoom features of most turret cameras, a single turret lens is able to rotate widely and capture HD resolution footage from both a wide viewing angle and a narrow, close-up viewing angle. This versatility makes them the most popular of all camera types: they are often used for home protection, in business and service environments, and as part of large government installations.

Thanks to their compact design, you don't need a lot of space to install a turret security camera. They can be mounted indoors or outdoors, vertically on walls or poles, horizontally on flat surfaces, sloping at slanted angles, and upside-down on ceilings, eaves, and other overhangs. Additionally, the ball-and-socket design of most turret security cameras makes them easy to reposition after installation.

Of all camera types, turrets are the most flexible. The unique structure of their ball-and-socket design enables them to rotate widely and capture video in any direction. A single turret camera can capture footage from many angles of view and depths of field--clear, high-resolution wide views of nearby subjects and clear, high-resolution narrow views of distant objects. 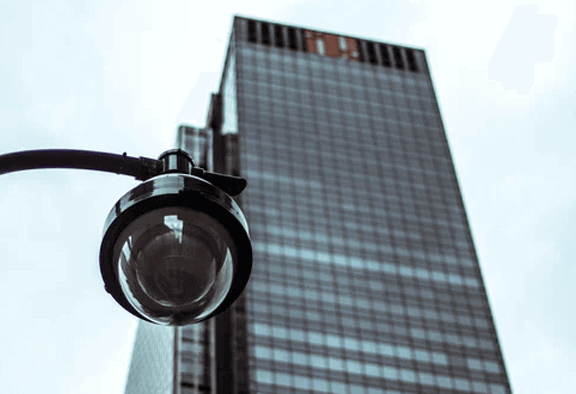 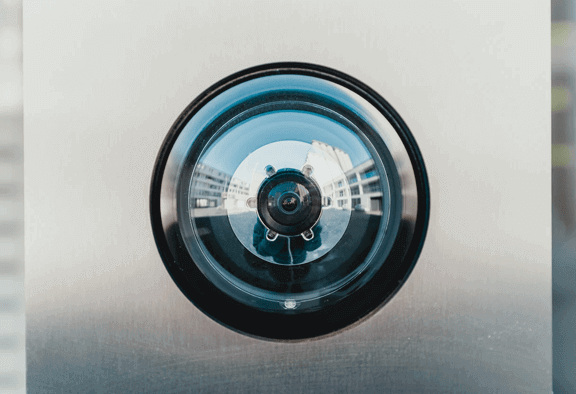 Most turret cameras on the market today have highly sensitive CCD Image sensors. These sensors can capture video surveillance in almost pitch-black environments thanks to their advanced, near-infrared sensitivity to light. Turret camera models with full IR night vision capabilities are an even better option if you need clear footage in complete darkness. IR LED lights surround the lenses of these turrets and shine on their fields of view in wavelengths that only the camera can see. This infrared night vision camera type can capture clear, detailed images while the surveilled area remains dark.

The greatest benefit of turret security cameras over dome cameras is in their ability to capture both wide angle shots and close-up shots with high definition. A dome camera's design lets it capture near-panoramic images but prevents its lens from zooming in to capture details of more distant objects.

Unlike dome security cameras, turret cameras lack a vandal resistant glass dome. They are therefore more vulnerable to tampering than their dome-encased counterparts. A turret camera's lack of a dome shell can also be problematic where more discreet video surveillance is called for--such as restaurants, hotel lobbies, and other environments where a security camera and its mount may clash with interior design or undermine a relaxed environment.

While the glass housing of a dome camera has its benefits, the extra part creates more opportunities for things to go wrong. It's essential to avoid getting fingerprints on the inside of the dome during installation, and failure to tighten its covering properly can result in dust collecting inside the dome shell and causing distorted images. Even when installed correctly, outdoor dome cameras are prone to condensation collecting within their glass housing. And lastly, if the mechanism designed to prevent infrared light from bouncing off the glass dome and reentering its lens is warped by changes in the weather, night vision distortions from IR bounce back will become a problem.

Fingerprints, dust, and IR bounce back are the bane of a dome's existence--and they just aren't much of an issue with turret cameras.

Bullet security cameras share many of the same features as turret cameras: they have a large zoom range, meaning they can capture high-resolution images both up-close and at far distances. Like a turret camera, a bullet camera offers easy angle adjustment and optical zoom features, making them a great choice for IP camera security. Also like turrets, dome cameras aren't prone to the IR glare and other drawbacks of a dome camera.

The biggest difference between a turret security camera and a bullet camera is in the bullet camera's hard-to-ignore, aggressive shape. Bullet cameras, named for their resemblance to bullet shells, aren't a great choice for indoor environments where customers or clients should be at ease.

On the other hand, they offer a greater deterrence effect than most other cameras. Bullet cameras can often be found behind gas station counters and guarding back doors in areas where there is significant concern about crime. When a bullet camera is pointed at you, you won't forget that you're under surveillance. So if you'd like the strengths of a turret camera in a more in-your-face form, a bullet camera may be the right choice for you.

Drawbacks of a Turret Camera

While a turret camera's design usually prevents IR glare and allows it to capture clear video and images both up-close and at a distance, its lack of a protective glass dome leaves it open to vandalism and tampering. With adequate force, an intruder can force a turret camera to point away from its field of view. For this reason, it's a good idea to mount turret cameras in out-of-reach locations or to rely on vandal proof dome security cameras (or "vandal domes") in areas with expected or repeated vandalism.

Outdoor turret cameras have the same video surveillance capabilities as their indoor counterparts, but they're also tested for resistance to inclement weather and sudden changes in the temperature. Turret cameras with high IP (Ingress Protection) ratings are designed and tested to meet intense outdoor environment requirements. A weatherproof turret is a great choice in areas prone to snow and other extreme weather events.

In EXIR Night Vision turrets, the camera lens is not surrounded by IR LED lights, as would be the case in traditional infrared-capable security cameras. Instead, the camera and IR LED lights are placed in separate windows. This construction prevents all possibility of infrared glare, and there is extra deterrent value in the unnerving, face-like cyborg appearance of an EXIR's two eyelike apertures.

Keeping one step ahead of common security camera expectations can help you to capture information about intruders that they may not think to hide. Because intruders rarely anticipate audio recording features on surveillance cameras, they may reveal information about themselves while communicating with co-conspirators. Details such as nicknames and even next steps can be clearly captured by these cameras and used to narrow down suspects and support prosecutions.

A varifocal lens turret is a great option if you want an IP camera that you can adjust to zoom in and out. When zoomed in, your image will be cropped but captured with more detail. When zoomed out, you'll receive larger, big-picture images and video, and a better context to analyse your zoomed-in footage.

Turret video surveillance cameras come in many models with specialized features and they can be used as IP cameras or as part of larger video surveillance systems. When choosing whether to mount a turret, dome, or bullet camera, consider your individual scenario: what kind of footage do you need to capture and what is the impression you'd like your camera to make? Of the many benefits turret cameras offer, they stand out the most for the versatility of their tri-axis turret style design, which allows their lenses to rotate widely in their socket-like mounts and capture both wide and narrow angles of view.